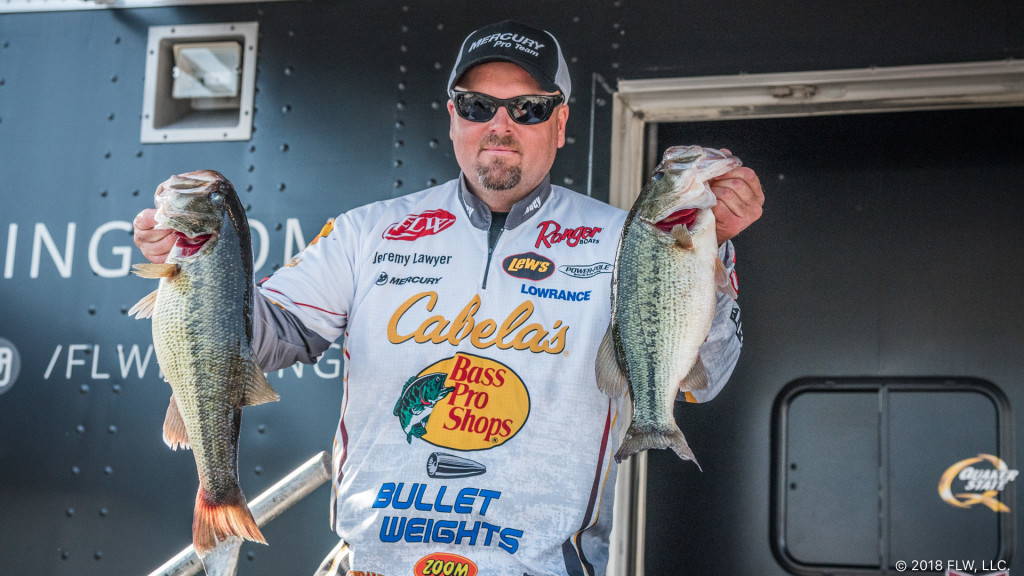 A mere four ounces separate third-place Jeremy Lawyer from second place, but the Missouri pro’s movement from 50th place to third was the day’s largest improvement. Lawyer caught 12 pounds on day one and added 17-1 today for a total of 29-1.

“I caught about the same amount of fish, but I just got two big bites today,” Lawyer says. “I caught a 5- and a 4 1/2-pounder and that makes up a lot of your weight. I caught one big one this morning and one big one this afternoon.”

Lawyer says he ran the wind today, bouncing from one windward point to another. He fished areas he had not fished on day one and caught all of his fish on moving baits.

“I was just flying by the seat of my pants,” Lawyer says. “Every time I thought I had it figured out, I’d go an hour without a bite. But I know the type of bank I want to look for, so I ruled out some of the ones they’re not going to be on.”